I recently had the exciting privilege of being commissioned for the successfully kickstarted Salt In Wounds fantasy setting city map for D&D and Pathfinder. On the back of my Ashtalon world map, the creators reached out to me and hired me to make their official map!

The setting is pretty dark fantasy, as the city of Salt In Wounds is based around the continuous carving up of a perpetually regenerating Tarrasque (think Godzilla meets a Stegosaurus). I tried to mesh with that style by using grittier brushes and lines, while sticking to using a single color of ink.

Technically, it’s not a finished map, as it’s not going to be exactly what’s printed. The towers represent noble houses that are being named by kickstarter backers. Once those names come in, I’ll add them to the map before printing. 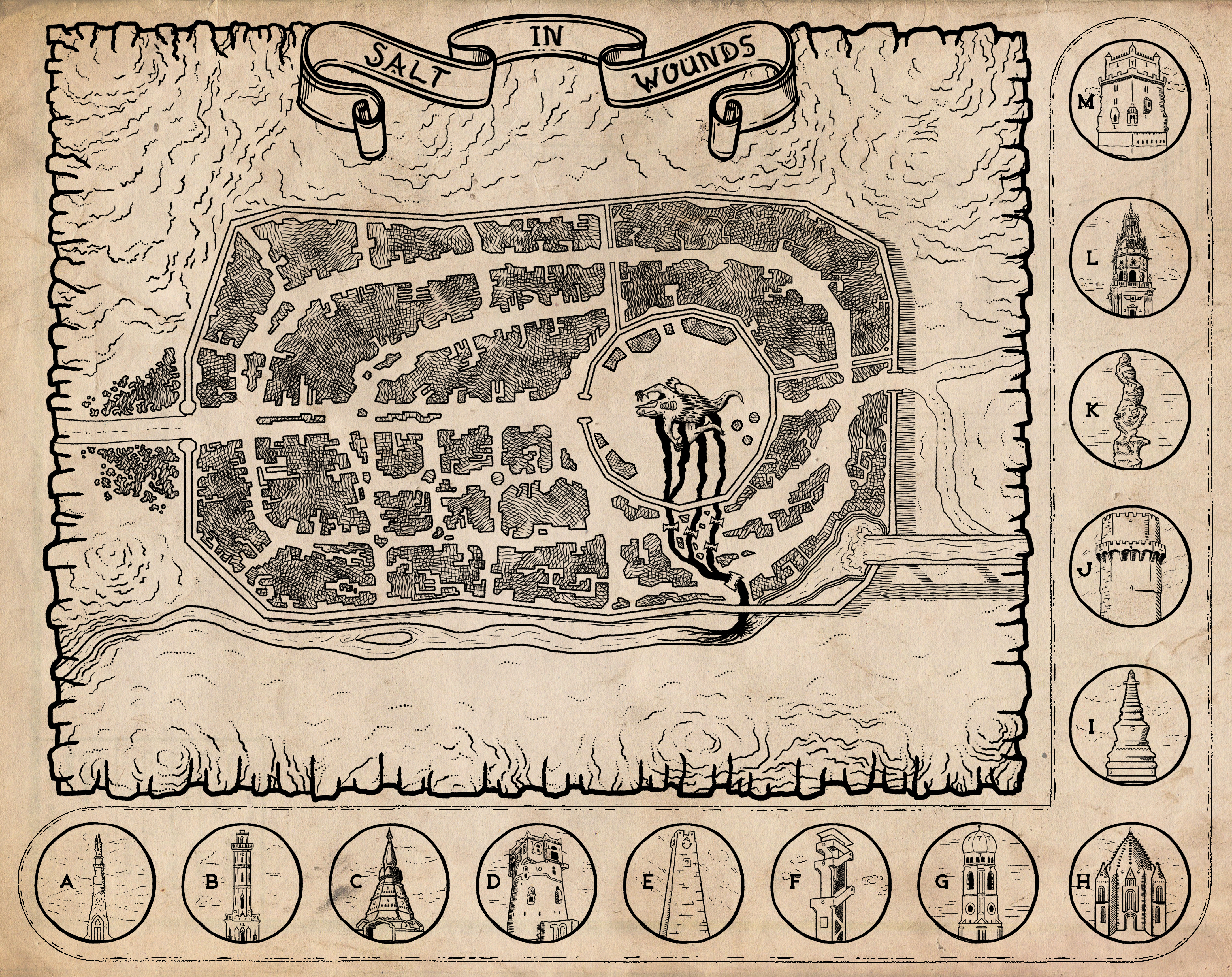